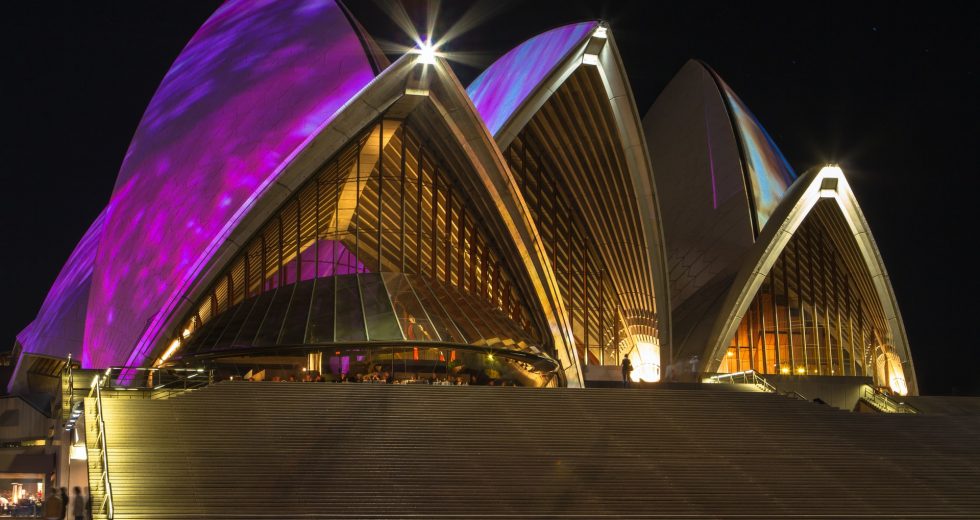 Every year, the Sydney Opera House hands over its famous sails to craftsmen who use projectors to energize a Michael-Bay-commendable blast of hues over its skin. The impact is the incredible blend of the world’s best visual specialists wielding the world’s most intense devices in CGI.

This year, the distinctions went to the expansive scale liveliness studio Universal Everything. Keeping in mind Universal Everything is known for CGI that is showed up all around from Coldplay shows to Radiohead applications, they took an alternate propriety when curating the current year’s presentation, the Living Mural: They swung to 100% hand-drawn liveliness, penned by 22 specialists from over the world.

“Rather than earlier years’ craftsmen’s utilization of cutting edge CGI, our simple, hand-made activity procedure uncovers a human soul in the drawings,” composes Universal Everything Founder Matt Pyke in a press discharge.

Every artist was given a 30-second piece to work with, and needed to utilize a dark foundation alongside a restricted shading palette. They were given a decisive word like “develop,” “rise,” or “ricochet” to use as a general visual subject. Prominently, the artists did still utilize advanced apparatuses—like Illustrator—yet movements were all conceived from portraying with a stylus as opposed to clicking and dragging with the shape instrument.

This distinction is unmistakable, and recognizing the defects feels abnormal at first since 3-D projection mapping is normally known for its exactness. Yet, the Living Mural opens to hues that glimmer with lumps of shading missing from frames, which prompts an extremely human-feeling activity that is hard to depict in its own privilege (without indicating Yellow Submarine or the hallucinogenic PBS kids’ customizing of the 1970s.)

It’s sufficient to advise you that, while the PC driven movement of today is pretty much impeccable, there is a great deal more to craftsmanship than flawless execution.